Nestlé nears deal to sell US chocolate business to Ferrero 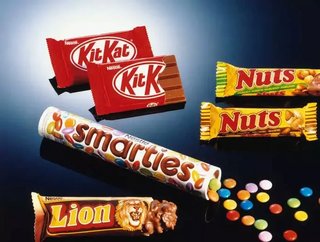 Sources say that food giant Nestléis set to pick a buyer for its US chocolate business by the end of this week, in a deal expected to top US$2.5bn. It...

Sources say that food giant Nestlé is set to pick a buyer for its US chocolate business by the end of this week, in a deal expected to top US$2.5bn.

Italian chocolate maker Ferrero is said to be a front-runner in the bid, according to sources.

If successful, the deal would maker Ferrero the third-biggest confectioner in the US after Mars and Hershey.

The move comes as Ferrero, the maker of Kinder Bueno and Nutella, tries to boost its presence in the US following its acquisition of Ferrara and Fannie May last year.

One source said that Ferrero had raised its offer for Nestlé's business last week in an attempt to outbid rival Hershey.

In June, Nestlé revealed that it was exploring strategic options for its chocolate business which has sales of US$900mn. However, it is keeping its global business including big name brands such as KitKat and Aero.

For many years Ferrero has relied on internal growth but the chocolate maker has begun making more acquisitions after Giovanna became the company’s sole CEO in 2011 following the death of his brother.

The chocolatier is doubling down on the US and pushing further into sugary products despite some industry rivals trying to diversify and back away from products containing heavy levels of sugar,