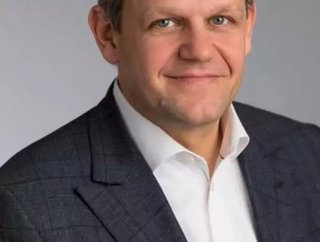 Luca Zaramella has been named as the new chief financial officer of Mondelēz International, the world’s second-largest confectionery company. Former...

Luca Zaramella has been named as the new chief financial officer of Mondelēz International, the world’s second-largest confectionery company.

Former Dell executive, Brian Gladden, is stepping down as CFO to “pursue an opportunity outside of the fast-moving consumer goods sector” and is to be replaced by Zaramella effective as of the 1st of August.

A 20-year veteran of the company, Zaramella is currently senior vice-president of corporate finance.

In his new role as CFO, he will oversee the company’s global finance, information and technology solutions and shared services functions and will report to the company's chairman and chief executive officer, Dirk Van de Put.

“Luca is a strong financial and strategic leader who possesses deep knowledge of our commercial business at a local level around the world, and deep financial expertise,” said Van de Put.

“He has been developed to take on this role for many years and has been closely involved in the development of our new strategic framework. I feel fortunate to have such an experienced executive move seamlessly into the CFO role, and I’m excited to partner with him as we deliver on our new long-term strategy and drive shareholder value creation.”

Zaramella began his career with Mondelēz in Italy. He has since held positions of increasing seniority in Latin America, Europe and North America.

Speaking of his departure Gladden said: “I have enjoyed working with the Mondelēz International team to build a world-class global Finance organization. Leaving the company is a tough decision, but I look forward to a new career experience and depart knowing that Luca is an ideal choice to be the company’s next CFO.

“Luca and I have worked side-by-side over the past few years, and I have incredible respect for his financial expertise and company knowledge. I’m confident in the company’s long-term strategic direction and the team who will lead its delivery, including Dirk, and now, Luca.”