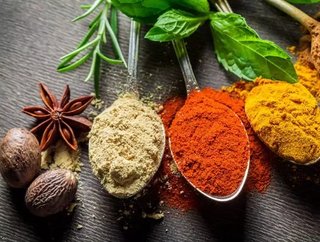 Spice and seasoning firm, McCormick &amp; Company, has reported sales of $1.3bn in its third quarter, up 14% compared to the same period a year ago. Th...

Spice and seasoning firm, McCormick & Company, has reported sales of $1.3bn in its third quarter, up 14% compared to the same period a year ago.

The Fortune 100 company said that the growth was driven by consumer segment sales in the Americas, which rose 18% compared to the same time last year.

The US maker of spices, herbs and seasons, also credited its acquisition of Reckitt Benckiser’s food business to its sales increase.

Through the acquisition, McCormick & Company added French’s mustard and Frank's RedHot brands to its portfolio, which brought 10% sales growth to the company during the quarter.

"Both our consumer and flavour solutions segments contributed to our constant currency sales growth of 14%,” said Lawrence E. Kurzius, Chairman, President and CEO.

“Growth in both segments was led by incremental sales from the Frank's and French's portfolio. Consumer segment sales growth was also driven by both Americas and Asia/Pacific's base business and new products, with particular strength in the U.S. and China.”

Net income also jumped 60% to $173.5mn for the period as the US firm benefited from a lower corporate tax rate.

Following the third-quarter results, McCormick raised its guidance on full-year adjusted earnings to between $4.95 and $5 per share,  up from the $4.85 to $4.95 range it had previously given.