Walmart's online sales were up 50% in Q3 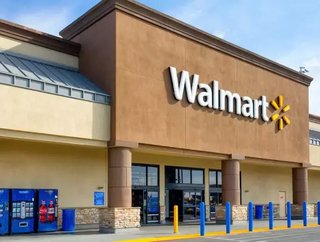 Walmart has revealed that its total revenue rose to US$123.2bnin its third-quarter, thanks to a boost in e-commerce sales. The retail giant reported th...

Walmart has revealed that its total revenue rose to US$123.2bn in its third-quarter, thanks to a boost in e-commerce sales.

The retail giant reported that same-store sales at its US locations climbed for a 13th consecutive quarter, with e-commerce sales soaring 50%.

The positive financial report comes a year after Walmart’s US$3.3bn acquisition of Jet.com, which has helped to fuel its massive e-commerce growth.

The Arkansas-based company also raised its full-year earnings expectations as it heads into the important holiday season.

"We have momentum, and it's encouraging to see customers responding to our store and eCommerce initiatives," said CEO Doug McMillon.

"Existing customers have become advocates for popular initiatives like online grocery and free two-day shipping, and as a result, new customers, suppliers and partnerships are coming to Walmart."

Walmart faces fierce competitions from rivals such as Target and Amazon and in the run-up to the holidays, the retailer plans to invest more in its stores and offer more merchandise online.

Indeed, this week the company announced that it has struck a deal with Lord & Taylor to sell the department store chain’s brand on Walmart.com.