Kraft Heinz merger has the Canadian Competition Bureau’s blessing: what happens next? 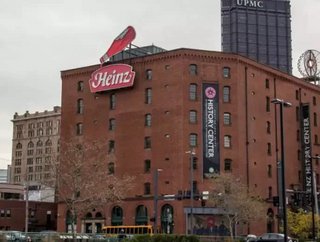 Good news for Kraft Foods Group and H.J. Heinz Company came across this week: the Canadian Competition Bureau has given the two businesses the green lig...

Good news for Kraft Foods Group and H.J. Heinz Company came across this week: the Canadian Competition Bureau has given the two businesses the green light to move forward with their proposed merger. According to investment resource Zacks, the agency issued a “no action” letter, which indicates that the Canadian Competition Bureau doesn’t see any antitrust issues with a Kraft and Heinz merger that would require the agency to step in.

RELATED TOPIC: Heinz and Kraft are Merging in a Massive $36 Billion Deal

Earlier this year, Kraft Foods Group and H.J. Heinz Company announced that the two companies had plans to merge into a single entity called The Kraft Heinz Company. Of course, mergers and acquisitions between two global organizations of this magnitude always raise antitrust flags, just by the very size and nature of the businesses attempting to merge.

RELATED TOPIC: 3 Paths to Mitigating Supplier Risk During a Merger

The United States Federal Trade Commission could still step in and exercise an antitrust injunction of its own to stop the merger. But even as they work to stop other massive mergers like the deal between Sysco and US Foods, experts and analysts predict that the FTC will likely give the merger the go-ahead as well:

“Kraft and Heinz is a whole different ballgame,” said Diana L. Moss, president of the American Antitrust Institute, a Washington, D.C., nonprofit that advocates for competitive policies that protect consumers. That doesn’t mean she thinks it’s a great deal for consumers, just that the merger will not trigger the kind of red flags typically looked for by the nation’s antitrust regulators. “You’re not eliminating a head-to-head competitor across the board,” Ms. Moss said.

RELATED TOPIC: The Sysco-US Foods merger might be coming apart

So what is next for the merger? Now that it is passing regulatory muster, the responsibility is being passed to shareholders. According to Zacks, Kraft Foods Group—which will own 49 percent of the new entity, compared to Heinz’s 51 percent majority—will have a meeting with stockholders on July 1, 2015 to vote on the merger. Once this crucial step is completed, a definitive and finalized transaction will be much closer at hand.