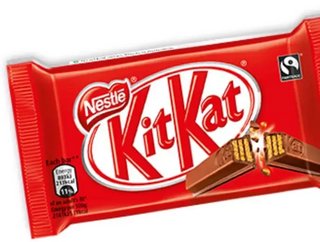 Kit Kat is to release a ‘Cough Drop’ bar for the Japanese market. The new white chocolate Kit Kat is described as ‘medicinal’ in taste with 2.1...

Kit Kat is to release a ‘Cough Drop’ bar for the Japanese market. The new white chocolate Kit Kat is described as ‘medicinal’ in taste with 2.1% of its ingredients comprised of throat lozenge powder. The Cough Drop is a limited edition run, described by its manufacturer as a ‘fresh and invigorating flavour’. There is a massive demand for peculiarly-flavoured Kit Kats in Japan.

The wrapper of the new Cough Drop Kit Kat features popular former Japanese football manager Yasutaro Matsuki, known for his rather vocal commentary during broadcasts on TV Asahi. The bar has been launched to coincide with the end of Japan’s World Cup qualifying campaign.

Kit Kat has built up quite a reputation in Japan with a host of bizarre flavours that have attracted interest from the Western tourists, as well as those from the local market. So far, Kit Kat has released Wasabi, Soy Sauce and Grilled Potato.

‘Kit Kat’ roughly translates as ‘kitto katsu’ meaning good luck and its chocolate bars are the most popular confection in Japan.

The first new Kit Kat factory in 26 years is set to be built by Nestle in Himeji, Japan to meet demand for the new flavours. Japan has offered more than 300 flavours of Kit Kat over the last 40 years, including traditionally Japanese flavours such as wasabi and sake, plus many types of fruit, and the newly-added ginger and custard pudding varieties.

Many from the West have been stocking up on Kit Kats as well, during visits to Japan where the bars retail at up to ten times the price. Boxes of seasonal flavours are wrapped in gold paper and sold for up to 3,500 yen (around £24). The matcha flavour is also a hit with tourists. With the rise in international popularity, the Swiss brand is building the new factory just to meet demand.