[INFOGRAPHIC] The Top 3 Most Expensive Mergers in the Food Industry 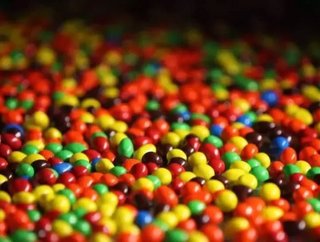 Mergers and acquisitions happen every year in this industry, with companies consolidating and brand names shifting from owner to owner in search of the...

Mergers and acquisitions happen every year in this industry, with companies consolidating and brand names shifting from owner to owner in search of the perfect parent company to guide that brand toward success. Today, in infographic form, we’re looking at the top three priciest acquisitions to date.

Snapple has been making juices and iced tea since the 1970s. But the brand really took off in the early 1990s, when a particularly successful marketing campaign (focused around “The Snapple Lady”) launched Snapple’s popularity into the stratosphere and made it very attractive to potential investors.

Quaker Oats was the lucky company who won out, acquiring Snapple Beverage Co. for $1.7 billion in 1994 at Snapple’s peak. But the pop culture phenomenon turned out to be not enough to turn around Quaker’s financial issues. Eventually Quaker sold Snapple to Triac for a relatively mediocre $300 million – just three years later, Triac was able to turn Snapple around and sell it to Cadbury Schweppes for $1.45 billion, before it found its current home as part of Dr. Pepper Snapple Group. Meanwhile, Quaker itself was also bought out as well –becoming a part of  Pepper rival PepsiCo.

In 2000, food processing and production giant Unilever PLC & NV chose to acquire Bestfoods Corporation, parent company to the twin West Coast and East Coast focused mayonnaise brands Best Foods and Hellmann’s as well as brands like Knorr and Skippy peanut butter. At the time, Unilever hoped that the purchase of these major household brand names would help strengthen the company and recapture lagging sales. It was an investment that paid off – today Unilever is strong as ever, while Bestfoods brands have retained their consumer appeal.

Confectionery brand Mars Inc. made financial headlines in 2008 when its executives, working with minority equity investor Berkshire Hathaway Inc., reached a deal to acquire Wrigley for $23 billion. The deal allowed Wrigley to maintain autonomy as a stand-alone subsidiary, while providing the two similar family-owned companies with joint support for international growth. “The strong cultural heritage of two legendary American companies with a shared commitment to innovation, quality and best-in-class global brands provides a great basis for this combination,” Paul S. Michaels, global president of Mars, said at the time in an official statement. “We are looking forward to continuing on our path of growth by jointly developing those values even further.” Today Wrigley remains under the Mars Inc. umbrella, where continues to post strong revenues. 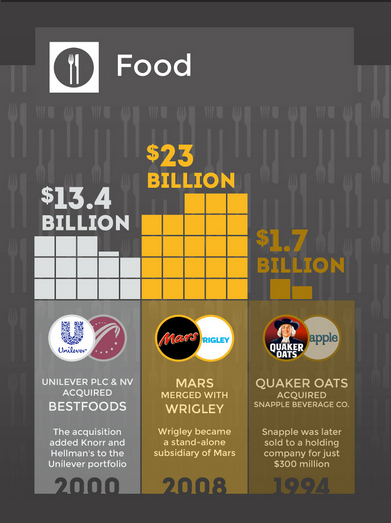