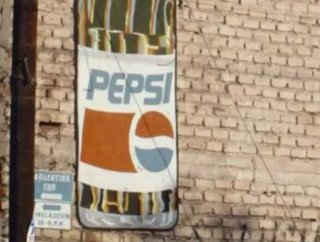 As a global leader in the realm of snacks, chips, and soft drinks, PepsiCo might not be the most likely candidate at first glance for a campaign to impr...

As a global leader in the realm of snacks, chips, and soft drinks, PepsiCo might not be the most likely candidate at first glance for a campaign to improve the state of school nutrition standards. Nonetheless India’s Food Processing Minister Harsimrat Kaur Badal has reached out to PepsiCo, forming a partnership with the goal of developing complete and nutritious processed foods to revitalize the country’s Midday Meals government-run school lunch program to feed hungry children in need.

Midday Meals is a 132 billion rupee ($2.2 billion USD) government-run program through which more than a million Indian schoolchildren are provided with a hot lunch consisting of regional staples like rice, lentils, eggs and vegetables. In theory, the program should be immensely beneficial to these children. But according to Bloomberg, Midday Meals as it stands is in critical need of an overhaul – through years of corruption and neglect, it has deteriorated to the point where it has been blamed for several deaths due to issues like food poisoning and chemical contamination.

India’s government has called on PepsiCo and its India-native CEO Indra Nooyi to develop processed foods that can be easily distributed and meet nutrition standards to ensure that children are guarded against food shortage issues like iron deficiency. As Bloomberg reports, the partnership with PepsiCo is not going entirely without criticism from child rights advocacy groups who are concerned about the benefits of involving a large food processing company in the issue at hand:

“No respectable dietitian or nutritionist will recommend processed foods over freshly cooked meals,” said Prasad, a former member of the National Commission for Protection of Child Rights. “The government’s policy is to favor big business for everything, and hope that there will be some public good as a result.”

The Indian government is apparently taking this into consideration by making an attempt to ensure that PepsiCo brings healthful contributions into India – according to reports, Minister Badal requested that the company reduce the amount of sugar it uses in soft drinks produced and sold in the country. But overall, this partnership is still in its beginning stages. It will be interesting to see how the development of India’s Midday Meals plan progresses with PepsiCo on board.