How Can the Australian Dairy Industry Benefit From Free Trade with China? 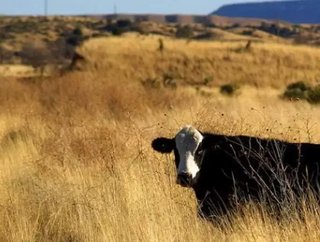 Australia is inching closer to a Free Trade Agreement with China – as Business Review Australia reports, Australia Prime Minister Tony Abbott plans to meet with China’s President Xi Xinping twice in November during the Asia-Pacific Economic Cooperation (APEC) forum, and could have the details hammered out by the commencement of the G20 conference in Brisbane.

But what would the passage of this agreement mean for Australia? Actually, if the success of New Zealand’s similar free trade agreement with China is any indication, it could mean significant growth for the country’s agriculture industries – especially in the field of dairy production and processing:

New Zealand’s dairy industry increased their revenue by $3.7 billion to the end of last year. This dramatic upswing followed its own free-trade agreement that improved dairy access globally. In the same timeframe, Australian dairy farmers saw just a $173 million increase. Trade Minister Andrew Robb has shared that dairy could be Australia’s strongest growth market in China, even though it is more dominant in New Zealand’s economy, and Australia’s export profile is more diverse.

Last week, Tetra Pak’s Seventh Annual Dairy Index revealed that the demand for milk is rising steadily in developing markets, and that such a rise can be expected to continue over the next ten years for a 36 percent total global increase in milk consumption by 2024:

China is a key market for growth in the dairy industry and, according to Food Magazine, the domestic dairy industry is growing rapidly in China and undergoing a notable shift away from small family farms toward large corporate dairies. But one critical consumer issue with domestic dairies in China is that consumer trust in domestic food manufacturing is at a devastating low right now following another string of major food safety scandals involving brands like Walmart and a major suppliers to McDonald’s and KFC. If Australia is able to move into the market with high-quality dairy products that are not just affordable and convenient but also trustworthy above all else, it could easily capture a strong part of the market.

But with that said, while New Zealand may have the market cornered in regards to milk powder, the demand for ultra heat treated (UHT) milk is on the rise in response to a fresh milk shortage in China (food safety concerns may also come into play, as the ultrapasteurization process could potentially eliminate pathogens that might otherwise be left behind by traditional fresh milk processing methods).

UHT milk can be packaged simply and transported easily, without the same immediate concerns of spoilage as fresh milk that must be more quickly and carefully transported under constant cold storage conditions. Unlike fresh milk, properly packaged UHT milk can maintain its quality for months without refrigeration. At the same time, Chinese consumers can be reassured of a higher standard of processing and ingredient quality coming from overseas.

Of course there are risks, as several countries with robust dairy industries are vying to get a piece of China’s growing market:

Developing consumer awareness of Australian brands will be capital expensive. Also, the Europeans, and particularly the Germans, are there already. In the six month period to 30 June 2014, China Customs report that 142 million litres of fresh and UHT milk were imported into China. Forty percent of this came from Germany.

Understanding the market is one key to coming out ahead of the competition. But it’s also another point where the benefits of a free trade agreement could really help Australia’s dairy exporting industry gain an advantage. While Australia doesn’t necessarily need a free trade agreement in order to do business with China, any reduction of barriers and tariffs that would make it easier and cheaper to export products to China would be a huge benefit for Australian producers in terms of getting their products to retail with enough capital to market their products properly.

China is a massive country, full of consumers with growing and changing product demands. With the right strategies and government partnerships, Australia’s industries can be there to meet those demands head on.