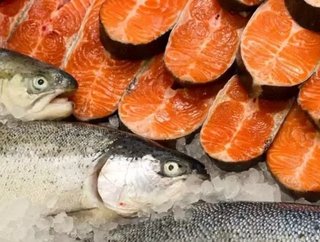 The salmon industry is strong in Tasmania. Case in point: Tasmanian salmon fishery Tassal reporting an impressive 22.7 per cent rise in net profits after tax for its 2013/2014 fiscal year, even despite an overall decrease in revenue. According to experts, it’s not just a boon for Tassal but a positive reflection of the region’s salmon industry overall.

According to reports, Tassal’s 22.7 per cent increase amounts to $41.1 million in after-tax net profits. The company also reported a 13.9 per cent increase in earnings over the same time period, reaching $78.6 million before tax and interest.

Tassal’s revenue, on the other hand, dropped 2.4 per cent to $266.3 million. How was the fishery able to increase its profits even in the midst of sinking revenue? According to expert observations by Bell Potter financial analyst Bede Donnelly, as told to the ABC’s Country Hour program, a major contributor to this profit increase has been an allover boom in the salmon market throughout Australia. Demand has been up to the point where retail locations are allotting more space for salmon, and savvy regional fish farmers have been taking advantage of this trend by focusing their marketing efforts on domestic consumers.

As a leader in the industry, Tassal has especially been able to take advantage of this trend by growing their business with specialty salmon retail shops in Melbourne and Hobart. The company is suitably satisfied with its latest reported numbers, confident in its strategy to foster growth.

“Tassal has again produced double digit profit growth, further strengthening the company's operating cash flow and balance sheet,” said Tassal CEO Mark Ryan in a statement to the press. “Tassal's sales initiatives and operating efficiencies continue to drive sustainable earnings growth and the generation of more dollars per kilo from domestic market sales. Importantly, this was against the backdrop of reduced fish supply as we dealt with the tail end of the hot summer 2012-13.”

[SOURCE: The Advocate and ABC News via Business Review Australia]