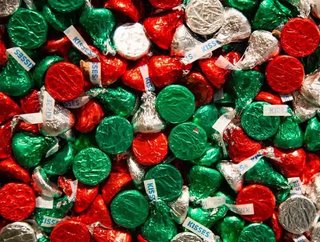 The Hershey Company reported that its third-quarter sales and earnings beat analyst expectations as the chocolate giant benefited from lowered coca pric...

The Hershey Company reported that its third-quarter sales and earnings beat analyst expectations as the chocolate giant benefited from lowered coca prices and cost-saving initiatives.

“Snacking continues to outpace the market in a rapidly changing environment. We’re executing against the right strategies and investing in the brands and channels that will continue to drive our business forward,” said Hershey CEO Michele Buck.

“Hershey’s solid third-quarter results were in-line with our expectations and we are on track to deliver on the goals we established earlier this year, including core brand growth, the launch of successful innovation and progress against our multi-year productivity and cost savings initiatives.”

In addition, the company also announced that its board had approved a $100mn stock repurchase authorization.

"Hershey's solid balance sheet and strong cash flow generation give the company continued flexibility against its cash priorities, including returning cash to shareholders in the form of buybacks and dividends while also being able to participate in opportunistic merger and acquisition activity," the company said in a  statement.

The snacks segment of its portfolio continues to be a sweet spot for Hershey in its latest earnings report.

The chocolate giant noted that its 1.6% bump in the North America region was boosted by the launch of innovations such as Hersey’s cookie Layer crunch, Reese’s Popped Snack Mix and Chocolate Dipped Pretzels.

At the same time, Michele Buck, the company’s CEO has also been keen to invest in the company’s cor chocolate brands such as Reese’s, Hersey’s, Kit Kat and Kisses, which has resonated with consumers.

The company has also zeroed in on cost-cutting measures by trimming administrative expenses and streamlining the supply chain.

Following the announcement that Irene Rosenfeld would leave Mondelez International, Hershey’s Michelle Buck remains the only CEO of any of the world’s 25 largest food and beverage companies.