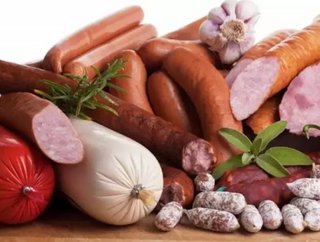 This weeks announcement from the World Health Organization (WHO) could have serious consequences for the food industry. WHOs International Agency for Re...

This week’s announcement from the World Health Organization (WHO) could have serious consequences for the food industry. WHO’s International Agency for Research on Cancer (IARC) released a new statement classifying processed meat—think sausage, bacon, hot dogs and cold cuts—as a Group One carcinogen, carrying “sufficient evidence” of cancer risk on the same level as cigarettes. The IARC also found a link, albeit reduced, between cancer and other forms of red meat.

How much of a cancer risk comes with processed meat? According to the IARC report, which gathered information from 800 studies, it’s a cumulative risk—it all comes down to how much processed meat a person eats on a regular basis:

Each 50-gram (1.8-ounce) portion of processed meat eaten daily increases the risk of colorectal cancer by 18 percent, the agency estimated. A 50-gram portion would be the equivalent of eating one hot dog or two slices of bacon. Americans eat about 21.7 grams of processed pork per day, according to a 2011 National Health and Nutrition Examination Survey.

In other words, the average person actually has very little to worry about with this study, as most eat less than half of the processed meat it would take to trigger an increased cancer risk. But for those that do partake in a processed meat-heavy diet, some slight changes may be in order for better health.

The IARC also classified red meat in general as a Group 2A carcinogen, presenting “limited evidence” of causing cancer, yet a reduced risk compared to processed meat. Whereas processed meats are mainly linked to colorectal cancer and possibly stomach cancer, the IARC has also linked red meat with pancreatic and prostate cancer.

This is controversial news, and the food world is responding. The Grocery Manufacturers Association, a major U.S. trade group representing “more than 300 leading food, beverage and consumer product companies,” issued a statement questioning the validity of the report:

“There is simply insufficient scientific evidence to support the IARC’s finding that links the consumption of processed or red meat to cancer,” reads the GMA statement. “Cancer is a complex disease and there are many factors that can contribute to its development, however there is broad consensus within the scientific community that no single food causes cancer.”

The GMA added: “The findings by the IARC on meat and cancer must also be called into question given that the panel was directed not to consider any of the off-setting nutritional benefits meat provides and the panel also neglected to include in its review evidence from important research such as the Women’s Health Initiative and the Polyp Prevention Trial which does not support a causal link between meat consumption and cancer.”