Glyphosate Pesticides like Monsanto Roundup ‘Probably’ Cause Cancer, Says WHO 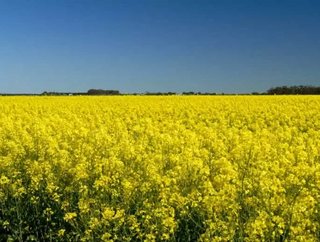 Its a bad time to be Monsanto. On Friday the International Agency for Research on Cancer (IARC), the cancer evaluation arm of the World Health Organizat...

It’s a bad time to be Monsanto. On Friday the International Agency for Research on Cancer (IARC), the cancer evaluation arm of the World Health Organization (WHO), declared that glyphosate pesticides “probably” cause cancer in humans. More than two decades after being declared safe by the United States Environmental Protection Agency (EPA), Monsanto’s premiere glyphosate-based weed killer Round-Up—famous for its use in conjunction with GMO crops that have been modified to withstand the powerful herbicide—is back under intense scrutiny.

This is not exciting news for Monsanto—the company immediately issued a statement decrying the IARC findings as agenda-based data cherry picking and pointing to the EPA’s research affirming the safety of the herbicide compound:

“We are outraged with this assessment,” said Dr. Robb Fraley, Monsanto’s Chief Technology Officer. “This conclusion is inconsistent with the decades of ongoing comprehensive safety reviews by the leading regulatory authorities around the world that have concluded that all labeled uses of glyphosate are safe for human health. This result was reached by selective ‘cherry picking’ of data and is a clear example of agenda-driven bias.”

Monsanto CTO Dr. Robb Fraley also referenced the herbicide’s approval by agencies like the EPA and the European Commission in his defense that glyphosate is safe for human health:

“Safety is the top priority for every person who works at Monsanto. Glyphosate-based herbicides on the market meet the rigorous standards set by the regulatory and health authorities who work every day to protect human health, and we want our customers and consumers to be assured of these evaluations,” Fraley added.

For its own part, the IARC stressed to the New York Times that the agency has no agenda beyond simply advising the World Health Organization of its findings based on decades of data and research:

“All three lines of evidence sort of said the same thing, which is we ought to be concerned about this,” said Aaron Blair, a retired epidemiologist from the National Cancer Institute who was chairman of the group of 17 reviewers from around the world; agreement on the classification was unanimous.

Meanwhile, advocacy groups like the Natural Resources Defense Council (NRDC) point to the disconnect between the EPA’s approval and the IARC’s concerns as evidence of a need for the EPA to reexamine their stance and reassess instead of relying on conclusions made in the 1990s. Jennifer Sass, senior scientist in the health program at the Natural Resources Defense Council, posted a blog commenting on the issue:

“The finding by WHO’s research arm that glyphosate probably can cause cancer in humans only adds urgency to the need for EPA to launch an immediate review of the chemical’s toxicity. It was last assessed in 1993, well before the massive surge in glyphosate use and the disturbing new evidence of its health impact. This review should consider whether glyphosate should be pulled from the market immediately to protect human health and the environment.”

In an especially spectacular bit of bad related PR, Monsanto lobbyist Patrick Moore went on camera stating that drinking a whole quart of glyphosate won’t hurt you—then refusing to actually drink some that his interviewer has on hand, because he’s “not stupid.”

Of course you can’t blame anyone for not leaping at the chance to drink pesticides. But we’re also pretty sure that no one at Monsanto told Moore to say that you could drink a whole quart of it and maintain perfect health. That’s the kind of claim that just begs for proof, and if you’re going to make health claims on camera, you’d better be willing to put your money—or your glyphosate, for that matter—where your mouth is.

But bad PR aside, it will be interesting to see how Roundup sales fare in the wake of this new finding both domestically and abroad, how Monsanto will maneuver from here, and if the EPA will decide to take another look.