Franchise Growth is Slowing Down in Canada 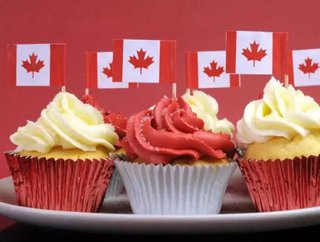 There could be bad news ahead for Canadians hoping to get into the fast food franchising industry, as well as current Canadian franchisees hoping to exp...

There could be bad news ahead for Canadians hoping to get into the fast food franchising industry, as well as current Canadian franchisees hoping to expand their businesses. A new study from research firm NPD Group suggests that growth in Canada’s restaurant industry is scheduled for a downturn and could be on the verge of slowing down significantly.

According to the study, Canada’s restaurants have been seeing a steady decline in transactions—Canadian consumers are simply starting to go out less and eat at home more. Because of this dining trend, Canada’s food service industry can be expected to grow less than 1 percent annually across the next five years, with most growth concentrated in bigger cities rather than evenly throughout the country. Those behind the study note that this slow growth means that franchises wanting to grow are going to have to up their game because competition is about to get fierce:

“There are going to be winners and losers in the restaurant industry this coming year,” said Robert Carter, executive director of the NPD Group’s Canadian food service division in a release. “Restaurant operators who remain relevant by giving consumers what they want can be the winners, but it will require continually staying on top of trends and understanding what is resonating most strongly with consumers.”

If it seems like only very small businesses will need to worry about staying afloat during these times, don’t get complacent. As the piece points out, even a relative giant like Tim Hortons and Subway are taking action:

Former Tim Hortons (TSX:THI) chief executive Marc Caira highlighted the urgency of the downturn last year when he unveiled a slate of new menu items designed to draw customers in for lunches, rather than just their morning coffee. Others in the food services industry have broadened their menus, like Subway which launched a more aggressive promotion of its breakfasts and McDonald’s which brought in poutine and wraps for more health-conscious diners.

Expanding your menu, expanding the amount of dayparts you’ll be open, or expanding your services to offer drive-thru or delivery—whatever upgrades you choose, it seems likely that you’ll need to start going the extra mile very soon if you want your business to grow and excel ahead of the competition. The sooner, the better as well—there’s going to be a lot of competition in the next few years.