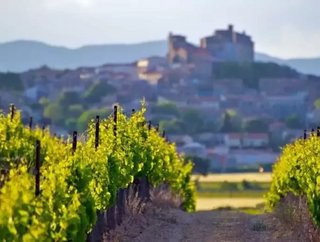 Every year countries jockey for position, hoping to be named the top producers and exporters for their agricultural specialties. When it comes to wine...

Every year countries jockey for position, hoping to be named the top producers and exporters for their agricultural specialties. When it comes to wine, all eyes are on European icons like France, Italy, and Spain – the big question is always which one will come out on top. Last year Italy pulled ahead, but this year the numbers are all pointing to France as the top wine producer in both Europe and the world.

According to reports, France is expected to produce as much as 46.2 million hectoliters of wine by the end of 2014, putting it far ahead of Italy who is currently gunning for second place with an estimated 44 million hectoliters. But France’s rise to the top spot didn’t necessarily come easy. It’s been a tough year for industry in general – especially in Europe, where unusual weather has made for exceedingly unpleasant conditions. An unexpectedly wet and rainy spring and summer caused a 15 percent production drop in Italy between 2013 and 2014, and an even more drastic 19 percent production decrease in third-place contender Spain.

France, on the other hand, experienced damaging cooler conditions during the 2012 and 2013 growing seasons with unusual weather patterns like hailstorms doing critical damage to important wine production regions like Burgundy and Bordeaux; in contrast, this year the country’s wine industry has seen better conditions and production growth that has industry insiders feeling good about this year’s output:

Germany and Portugal should complete the top five producers in Europe, with their comparatively small industries offering 9.7 million and 5.9 million hectoliters respectively. For the entire world, those positions are expected to be filled by the United States and Argentina.