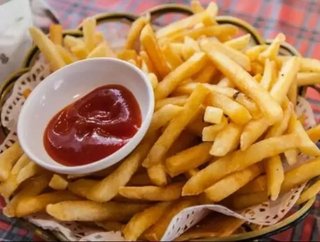 Every day the U.S. Food and Drug Administration (FDA) is charged with the task of constructing guidelines and making decisions that will affect the heal...

Every day the U.S. Food and Drug Administration (FDA) is charged with the task of constructing guidelines and making decisions that will affect the health and well-being of millions of U.S. citizens—along with the livelihood of thousands of citizens who produce and manufacture the foods that those citizens eat.

This week the FDA made a decision that would cause major ripples through the food processing industry. Following on its 2013 determination, which ruled that partially hydrogenated oils (PHOs) were no longer “generally recognized as safe,” the FDA has taken a step further and ordered a three-year timeline for manufacturers to comply with the new guideline and remove PHOs (and the artificially created trans fats that they carry) from processed foods.

“The FDA’s action on this major source of artificial trans fat demonstrates the agency’s commitment to the heart health of all Americans," said FDA's Acting Commissioner Stephen Ostroff, M.D. in a press release announcing the FDA’s decision. "This action is expected to reduce coronary heart disease and prevent thousands of fatal heart attacks every year.”

This new ruling is being met with some frustration from processed food industry.

The issue at hand isn’t a difference of opinion over the health risks of trans fats—it’s generally agreed upon that an abundance of PHOs is not a great choice for a healthy diet. Instead, the issue is that the industry has already been making moves of its own in a major way to rid itself of PHOs and artificial trans fats.

Many larger fast food chains like McDonald’s and Subway have publicly distanced themselves from artificial trans fats, and since 2006—when food manfucturers were first required to declare trans fats on nutrition labels in accordance with a previous FDA ruling—trans fat consumption among consumers has plummeted by 78 percent while the Center for Science in the Public Interest (CSPI) estimates that producers have eliminated as much as 85 percent of PHOs from food products overall.

The FDA’s decision implies that 78 percent over a 10 year period may not be fast enough to keep up with a public health crisis of obesity, diabetes, and other issues that are currently affecting an increasing amount of United States citizens.

Still, industry insiders warn that an attempt to eliminate all trans fats from all food products is overreaching—in foods like meat dairy, naturally occurring trans fats can be found in very small amounts. To completely eliminate trans fats from the food and beverage landscape would be next to impossible.

As long as the FDA is able to take this into account and provide manufacturers with ample time and support to make the needed changes to their formulas and recipes, the FDA’s decision could be a strong pathway to progress and an improvement in public health. But it is crucial that the FDA remember to work with manufacturers instead of against them, and to remember that it is not infallible in its decisions.

On that point, the industry seems to be in agreement. The Grocery Manufacturers Association (GMA) released a statement on the FDA’s decision, noting that it is overall pleased with the FDA’s stance and with its three-year timeline which “provides time needed for food manufacturers to complete their transition to suitable alternatives and/or seek food additive approval.” Still, the association is also spearheading an industry-wide petition to seek permission for the use of PHOs in some select processed food products.

“GMA’s food additive petition to FDA will show that the presence of trans fat from the proposed low-level uses of partially hydrogenated oils (PHOs) is as safe as the naturally occurring trans fat present in the normal diet,” the association stated. “Food and beverage companies have already voluntarily lowered the amount of trans fat added to food products by more than 86 percent and will continue lowering PHO use in foods.”

The National Restaurant Association (NRA) has also condemned artificial trans fats, while at the same time voicing opposition to an all-out ban. As Nation’s Restaurant News reports, the NRA’s criticism over the ban stems from the difficulty of eliminating all trans fats entirely and the progress that the industry has made of its own accord without legistlation.

“Providing safe, enjoyable food is the restaurant industry’s top priority,” said Joan McGlockton, the NRA’s vice president of industry relations and food policy, in a release from the association. “Our members work diligently to offer choices that meet a variety of consumer preferences. Today’s announcement out of FDA comes at a time when restaurateurs have largely reduced or eliminated partially hydrogenated oils from menu items. As the restaurant and foodservice industry works to comply with FDA’s decision, we will continue to educate our members, and encourage FDA to promptly review and respond to any food additive petitions regarding the use of low levels of PHOs.”

The FDA is not wrong in its mission to improve public health, and reducing the intake of PHOs and artificial trans fats is certainly an important step along that road. But it’s also important to remember that the FDA is on a journey of discovery itself—as Michael Pollan reminds us all in In Defense of Food, the rise of PHOs in the first place was due to the FDA’s push for consumers to cut down on saturated fats (which are now known to be not quite so bad) by trading butter and lard for margarine.

But with three years to comply, and petitions for changes and adjustments from knowledgeable associations who work with these products every day, there should be plenty of time for the FDA and manufacturers to work together and hash out ingredients and menu items that will work for nearly everyone—a healthier generation of consumers included.