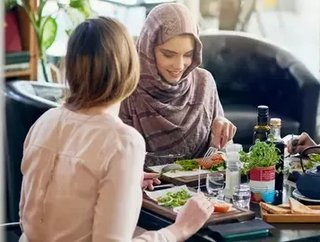 The partnership created in Saudi Arabia between C3 and WK Holdings, is titled C3 Arabia.

C3 was launched in 2019 by Sam Nazarian. Since then, C3 has pioneered the Foodtech space and become the fastest-growing restaurant group in history. C3 currently operates over 250 digital brand locations across the U.S. with an expansion pipeline to well over 1,000.

"WK Holding is humbled to partner with hospitality legend Sam Nazarian, Founder and CEO of C3, whose pioneering track-record is unmatched”, said Layla Abuzaid, Founder and CEO WK Holding. “C3's expansion throughout Saudi Arabia will democratize haute cuisine by owning the food tech space in the region and, we will assemble a best-in-class hospitality hub in the Kingdom for the region, for the world. We will unlock local talents, celebrate our vibrant culinary culture, and export globally. C3 in Saudi Arabia is a world-first; no other platform has such transformative capacity to unite nations.”