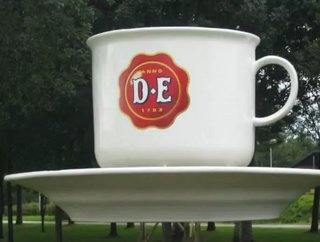 One year ago, two major names in the food processing world made the decision to join forces. In May of 2014 Mondelez International and D.E. Master Blend...

One year ago, two major names in the food processing world made the decision to join forces. In May of 2014 Mondelez International and D.E. Master Blenders 1753 announced that they would be merging to form an all-new coffee-centric joint venture called Jacobs Douwe Egberts—this new venture would also happen to be the largest pure-play coffee company in the world.

Any time two major names decide to join forces in a manner where “the largest” is an apt description, questions of monopolies come into play. That’s when government agencies must step in to determine whether a merger or acquisition is appropriate enough or upset the delicate balance of competition within an industry. After a year of consideration, the European Commission has given its stamp of approval for Mondelez International and D.E. Master Blenders to move forward with their merger—on the condition that they divest some of their assets first.

According to Reuters, the EU has approved the formation of Jacobs Douwe Egberts as long as Mondelez International sells off its Carte Noire business in the European Economic Area (EEA), while D.E. Master Blenders in turn must divest its Merrild business in the EEA and license its Senseo brand in Austria.

Those are simple instructions that shouldn’t be difficult for Mondelez International and D.E. Master Blenders to follow. Why such simple approval for what is readily being called the largest coffee company in the world? This is most likely because its formation actually serves to give healthy competition to an even bigger fish in the coffee pond. While it may not be a pure play coffee company, Nestle’s hold on the European coffee market is enormous—and Jacobs Douwe Egberts could be large enough to give Nestle a run for its money.

As Reuters reports, even with a predicted annual revenue of € 5 billion EUR through popular brands like Tassimo and L’Or, Jacobs Douwe Ebgerts will still be “a distant No. 2 behind food and drinks giant Nestle” where coffee sales are concerned. Ranked at No. 29 on Forbes magazine’s list of the most valuable brands, Nestle’s Nescafe brand alone saw sales of $10.5 billion USD (approximately € 9.3 billion EUR) in 2014. So while Jacobs Douwe Egberts may be massive, it could be good to give Nestle some healthy high-level competition.

The merger is expected to be completed within the year.