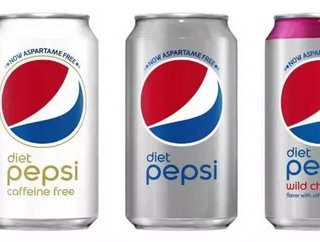 Big changes are coming to Diet Pepsi. Today PepsiCo announced that, starting later this year, Diet Pepsi will no longer be made with the artificial swee...

“Diet cola drinkers in the U.S. told us they wanted aspartame-free Diet Pepsi and we’re delivering,” said Seth Kaufman, SVP Pepsi and Flavors Portfolio, PepsiCo North America Beverages, in a statement announcing this change. “We recognize that consumer demand is evolving and we’re confident that cola-lovers will enjoy the crisp, refreshing taste of this new product. People have been turning to Diet Pepsi for zero-calorie refreshment for 50 years. As the cola journey continues, we’ll keep listening to our fans to ensure we deliver on our promise of providing refreshing and great-tasting beverages.”

Of course, PepsiCo will be replacing aspartame with a different artificial sweetener—Pepsi wouldn’t be Pepsi without some type of sweetness, after all. So what’s taking aspartame’s place? According to Pepsi, it’s “a blend of sucralose and acesulfame potassium” that will be providing consumers with “the crisp, refreshing zero-calorie cola taste they expect.” In other words, PepsiCo will be using a sweetener similar to Splenda, closer to sugar in origins than aspartame.

This is a radical move for PepsiCo, as it will position Diet Pepsi as an entirely different option compared to other diet colas (most notably Diet Coke, of course). It will no longer be a choice of “whichever one of the two is available”—consumers making a choice between Diet Coke or Diet Pepsi will be making a choice between aspartame or sucralose, giving that choice a much more significant meaning.

Not that any consumers haven’t ever voiced concerns about the safety of Splenda—but on the whole, science has given sucralose the green light of consumer safety. Compared to the controversies of aspartame, this looks like a positive step forward for PepsiCo and sugar-free soda fans.