Diageo Announces Changes to Executive Committee and Board of Directors 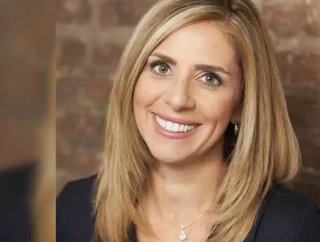 Diageo is shaking up its corporate structure. The European beverage giant announced several changes this week, specifically some shifts in its Executive...

Diageo is shaking up its corporate structure. The European beverage giant announced several changes this week, specifically some shifts in its Executive Committee makeup and the appointment of Nicola Mendelsohn to its Board of Directors as a new Non-Executive Director commencing on September 1.

Diageo has brought onboard Sam Fischer and Anand Kripalu. Fischer has been serving as Managing Director of Diageo Greater China, and now will take on the role of President, Diageo Greater China and Asia. Kripalu is CEO of India-based beverage company United Spirits, which Diageo acquired a 10 percent stake in earlier in 2013. As part of this partial acquisition, Kripalu will now be working closely with Diageo to pursue common interests. Lastly, current Diageo Western Europe President John Kennedy will be rolling all of Europe into his title and taking responsibility for regions including Turkey and Russia.

It’s not all gains – Diageo is also saying goodbye to Gilbert Ghostine, the company’s current Chief Corporate Development Officer and President of Diageo India and Greater China. In a statement to the media, Diageo CEO Ivan Menezes discussed the new changes and the company’s optimism moving forward:

"The changes we have announced today signal a further shift in Diageo from an organisation based on regions to one which puts accountability in the markets. In addition they strengthen our executive team and enhance our focus on two key growth markets, China and India. I congratulate Sam and Anand on their promotion to the Executive Committee and look forward to seeing the further impact which Nick and John will have on Diageo's performance given their new and wider roles.

"In his time with Diageo, Gilbert has provided strong leadership to many areas of our business across North America, Europe, Africa, the Middle East and Asia Pacific. We wish him all the very best for the future."

Meanwhile, as Vice President of Facebook’s EMEA division, Mendelsohn brings with her a wealth of marketing and consumer outreach knowledge that Diageo is hoping to use to its advantage. Diageo Chairman Dr. Franz Humer commented on Mendelsohn’s induction in a separate press release:

"I am delighted Nicola is joining Diageo's Board. Her senior experience at the forefront of digital marketing and communications will be of great benefit to Diageo and its brands, as we seek to pursue long term profitable growth through innovation in all areas of our business. Additionally her reputation as one of the UK's leading businesswomen and her track record in championing women in business will be an inspiration to our people and the way that we work. I look forward to welcoming her."