Could an AB InBev-SABMiller Merger Be Good for Carlsberg and Heineken? 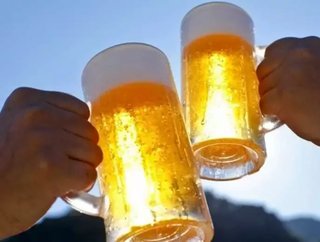 Anheuser-Busch InBev, SABMiller, Heineken NV, Carlsberg Group: when it comes to the global beer industry, these are the elite Big Four to rule them all...

Anheuser-Busch InBev, SABMiller, Heineken NV, Carlsberg Group: when it comes to the global beer industry, these are the elite Big Four to rule them all. But that could be changing soon, as rumors continue to swirl about the possibility of AB InBev and SABMiller combining their powers in an epic merger. There’s no doubt that the deal would be good for AB InBev and SABMiller, but analysts are also speculating that their merger could wind up benefitting others as well.

When two businesses of such magnitude merge, monopoly issues often come into play – in order to make those issues go away, one or both of the businesses are usually made to divest some of their assets. This situation occurred in 2013 when AB InBev acquired Mexico-based brewing company Grupo Modelo. When the U.S. Department of Justice moved in with antitrust complaints, AB InBev was blocked from proceeding with the acquisition until properties had been jettisoned – and not small insignificant properties, either. In this case, Constellation Brands benefitted from the roadblock by snapping up the export rights to highly popular and lucrative brand Corona Extra.

As the Copenhagen Post reports, all eyes are on Copenhagen-based Carlsberg Group to make a move of its own if AB InBev and SABMiller act to merge. “If such a big deal takes place, it will lead to divestments,” Carnegie stock market analyst Jonas Guldborg told Danish media outlet Berlingske Business. “Then Carlsberg would of course be looking at what comes up for sale. If it fits in with its strategy, I’m in no doubt that it will be interested.”

Meanwhile other analysts are speculating on how the #3 and #4 brewing companies would divvy up any dropped assets outside of Europe, with predictions falling between Heineken’s large consumer base in the US and Carlsberg’s base in Asia. “I’m quite sure that Carlsberg would get involved if there are possibilities in Asia,” added Casper Blom, a stock market analyst at Handelsbanken. “If something comes up for sale in the USA, Heineken seems like a more obvious buyer.”

Now that predictions are in order, the only thing left to do is wait for AB InBev and SABMiller to decide if they will go through with a merger or not.