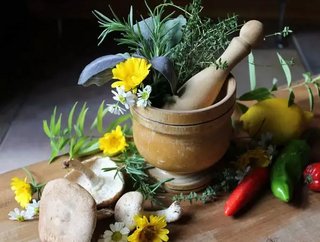 A new craze for baking and eating flowers could be potentially fatal, the Royal Horticultural Society (RHS) has warned. The caution comes as Sainsbury...

A new craze for baking and eating flowers could be potentially fatal, the Royal Horticultural Society (RHS) has warned.

The caution comes as Sainsbury’s has announced the launch of its first edible-flower range.

The wellness fad for using petals in baking and as cocktail adornments, which started life as an Instagram craze, has prompted many commercial interests, but the RHS has warned the public from experimenting with potentially poisonous parts of flowers and plants.

In an information page published on the RHS website, consumers are warned that ‘accurate identification of flowers is essential’. ‘Generally, only the petals are used, so discard stamens, pistil and calyx of large flowers like hollyhocks, roses, lilies and hibiscus,’ the society warns.

‘The bitter ‘heel’ at the base of the petal should be removed,’ it also advises.

“I’m confident customers will love the instant summer glamour that they will add to their dishes.”

Sainsbury’s suggested that customers could use the £3 punnet “in summer salads, as cake toppings or even as garnish in smoothies and cocktails”.

However, the public are being warned by the RHS to tread with caution when cooking with flowers.

The potentially fatal aspect to this growing fad was highlighted in a Twitter spat between TV botanist James Wong and food writer Mrs Mills (Deliciously Ella).

Wong claimed that a cake that the food writer had baked, was covered in ‘highly toxic Plumeria flowers’. However, Mrs Mills replied with a link to an online guide to edible flowers with the message: ‘The flowers are edible – the rest of the plant and the sap isn’t, but we wouldn’t use that in a cake.’

In 2012, supermarkets were told not to keep daffodils alongside food after 10 Chinese people were hospitalised after mistaking them for chives.