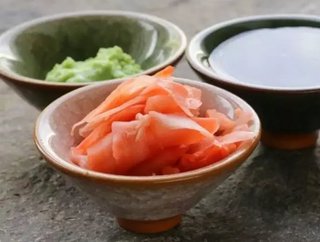 Was the world ready for a cappuccino-flavored potato chip? As it turns out, no it wasnt. But what consumers across the United States were actually ready...

Was the world ready for a cappuccino-flavored potato chip? As it turns out, no it wasn’t. But what consumers across the United States were actually ready for is a wasabi and ginger-flavored kettle chip, crowning Meneko Spigner McBeth’s creation (the Lay’s Kettle Cooked Wasabi Ginger potato chip) the million-dollar winner of the 2014 Frito-Lay “Do Us a Flavor” contest – and even that says something significant about the changing tastes of the American consumer.

“The response to this year’s contest has absolutely blown us away. It is clear our fans are not only passionate about flavor, they are also eager to weigh in and share their ideas for the flavors we bring to market next,” said Ram Krishnan, senior vice president and chief marketing officer, Frito-Lay North America, in a press release announcing the winning chip. “It has been an exciting journey, and we are so proud to celebrate Meneko and her $1 million flavor – Lay’s Kettle Cooked Wasabi Ginger.”

The prize for creating that winning chip is pretty substantial. The PepsiCo subsidiary will supply Spigner McBeth with either a $1 million grand prize or one percent of net sales of her flavor through July 1, 2015 – whichever total is higher. What’s more, the Lay’s Kettle Cooked Wasabi Ginger chips will be restocked on store shelves.

But what does this mean for the snack food industry as a whole? It could mean that consumers are ready for some more adventurous flavors, with the evidence being those consumers choosing a more exotic flavor like Wasabi Ginger over a more tried-and-true classic flavor like Bacon Mac & Cheese (which we imagine tasted fairly similar to a cheddar and sour cream type number). On this point, Frito-Lay executives seem to agree that a shift is underway:

These days Mexican food is everywhere and Wasabi Ginger flavored potato chips are about to be on store shelves and in households nationwide. Will other chip brands follow in Frito-Lay’s footsteps and try getting more adventurous with flavors of their own? For capturing consumer interest, that seems like the smart thing to do.