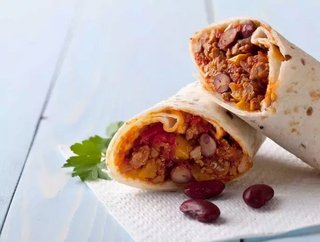 The fast-food chain announced third-quarter profits that were below analysts predictions, generating a revenue of US$1.13 billion compared to the US$1.14 billion, estimate by Thomson Reuters

The company also reported that same-store sales inched up by 1%.

The Mexican food chain saw its shares slump by more than 9% in after-hours trading, following the announcement.

Chipotle has fought to win back customers in recent weeks with the high-profile debut of its new queso cheese dip.

The restaurant chain has a small menu compared with other fast-food outlets in the market and had cut spicy chorizo to make room for queso.

Chipotle has a notoriously simple yet limited menu which underpins the fast service that initially attracted customers and Wall Street investors.

It is thought that Chipotle may look to add new items such as margaritas, salads and desserts to its menu to reignite interest.

Chipotle said that a number of causes were responsible for the lower-than-expected profits such as a spike in avocado prices and the impact of hurricanes. However, the company remains confident in its future growth and plans.

"Despite several unusual impacts during the quarter, including the impact of hurricanes, we maintained our focus and saw some encouraging signs," said Steve Ells, founder, Chairman and CEO of Chipotle, in a press release.

"Our leadership remains focused on setting the foundation for future growth, and we are confident in our team’s ability to deliver against those plans."

Chipotle is expected to open between 130 and 150 new restaurants before the year is over, which is lower than prior estimates of 195 to 219 new locations.

The company said it would open fewer restaurants until it “got the fundamentals right.”