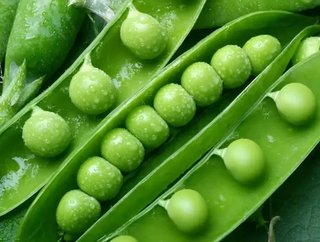 Cargill has signed a joint venture agreement with Puris, the largest North American producer of pea protein, in a bid to enter the plant-based protein m...

Cargill has signed a joint venture agreement with Puris, the largest North American producer of pea protein, in a bid to enter the plant-based protein market.

Cargill is the largest privately held food and agriculture company in the US and, with its financial backing, Puris hopes to expand its capacity by creating a second plant.

“Cargill is investing in everything Puris stands for, from our vertically integrated non-GMO pea seed development to our proprietary technologies and our commitment to US Certified Organic pea farmers,” said Tyler Lorenzen, president of Puris.

“With Cargill’s support, our plant-based ingredients become available to customers and consumers on a global scale. Our founder set out to feed the world in 1986. Now it’s coming true.”

As one of the US’s four largest beef producers, who collectively control more than 70% of the US beef market, Cargill has increasingly shifted its focus towards plant-based products.

In May 2017, it announced that it was selling off two if its feedlots in the US and, a month later, the food giant revealed that it was going to invest in lab-grown meat technology company, Memphis Meat.

Pea protein has become a growing trend in the food industry, due to concerns about health sustainability animal welfare, or allergen issues related to ingredients like soy and nuts.

Globally, the pea protein market is projected to reach US$34.8mn by 2020, according to a recent forecast from Markets&Markets.

“With a world population expected to grow to 9 billion by 2050, and the demand for protein expected to rise with the population and their increased incomes, Cargill is committed to growing our plant protein portfolio,” said David Henstrom, Cargill’s Vice President of starches, sweeteners, and texturizers.

“This includes investing in, and growing, our traditional protein business, as well as exploring new opportunities for future growth, such as pea protein.”