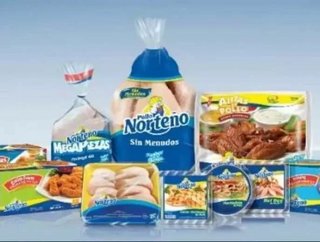 The exact formation for a strategic direction Within the management of Cargill Meats is engineer Xavier Vargas, who as head of the company has driven i...

The exact formation for a strategic direction

Within the management of Cargill Meats is engineer Xavier Vargas, who as head of the company has driven its evolution, presence and businesses. Vargas has spent most of his career with Cargill, managing all operations in Central American countries (Honduras, Nicaragua, Costa Rica and Guatemala).

It was 1996 when the current president of the board of Cargill Meats Central America began his work at the company as training manager in Honduras. Subsequently, he worked his way up, occupying the cold cuts management post. By the year 2000 he moved to Guatemala to handle one of Cargill’s acquisitions and took over the commercial management position.

By 2002, Vargas decided to start his own business, a coffee roaster. Six years later (2008), he returned to Cargill as purchasing manager for Central America, and then became commercial manager for Cargill in Honduras. In 2010 he moved back to serve as CEO of Cargill in Nicaragua.

In 2013, Vargas served as commercial manager and CEO of Cargill in Costa Rica; afterwards he was selected as executive director for Nicaragua and Costa Rica. Since May 1st, 2014, Xavier Vargas was announced Chairman of the board of Cargill Meats Central America.

Brands that make a difference

"Our most important asset is the trademark of our products. We own more than 20 brands in the region that have a lot of tradition in our operating countries," says Vargas.

The brand value of Cargill is equivalent to customer appreciation, with products that have been in the Central American households for decades. One example of this value is… To learn more about new brands and strategies for Cargill Central America, click here to read the rest of this article on FDF World.