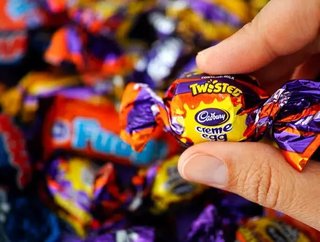 Cadbury’s Australia has received $59mn in investments from its parent company Mondelēz International, but 50 jobs will be lost as part of the shake-u...

Cadbury’s Australia has received $59mn in investments from its parent company Mondelēz International, but 50 jobs will be lost as part of the shake-up at its Claremont plant. Mondelēz is embarking on a cost-cutting drive, which will involve job losses at the Tasmania plant, as it aims to boost efficiency through investment in new technologies, equipment and automation. A specialist training program has also been scheduled for staff as the company battles rising costs and increasing competition.

Mondelēz area vice president Amanda Banfield said: “Our team here has worked hard to help us become more efficient, cut costs and improve our competitiveness and as a result, we’ve reduced the cost of converting raw materials into a block of chocolate by 12%.

“But while progress has been made, increasing local and global competition, low domestic growth, rising costs, and Australia’s distance from overseas markets make it difficult to compete against the likes of European factories with lower costs.

“To remain competitive, we need to improve our conversion costs by 30%,” she added, “as we continue to raise the bar as competition increases further.”

The Claremont factory in Hobart was the first to be set up by Cadburys outside of the UK, when it opened in 1922. This summer, Cadburys announced that it was to dispense with the Fairtrade logo on its packaging as it set up a similar initiative called Coca Life.

Parent company Mondelēz International saw its net revenue decrease by 5% during the second quarter to $5.99bn, which it blamed on the global cyber attack last June, which caused major disruption to its shipping and payments systems.