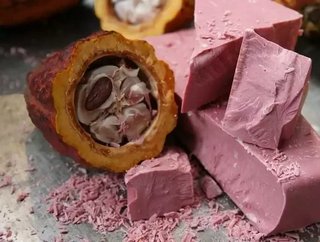 The world’s biggest supplier of chocolate and cocoa products, Barry Callebaut, has forecast strong growth in the global chocolate market after reporti...

The world’s biggest supplier of chocolate and cocoa products, Barry Callebaut, has forecast strong growth in the global chocolate market after reporting an 8% increase in volumes in the first half of the fiscal year.

The results come as the Swiss firm launches its flagship ‘ruby’ chocolate in the Asian market, which claims to be a new chocolate type made from the Ruby cocoa bean.

The first also said that its sugar-reduced product ranges and its acquisitions of companies such as D’Orsogna Dolciaria, and Gertrude Hawk Ingredients had helped to boost its operations.

The Swiss firm notes that sales volumes have risen to 1.02mn tonnes in the last six months to February 28 but sales revenue fell 1.8% as a result of lower cocoa and other raw material prices.

Barry Callebaut said sales volumes had risen to 1.02m tonnes in the six months to February 28, outpacing a 2.5% expansion in the global chocolate confectionery market.

The chocolatier’s chief executive, Antoine de Saint-Affrique, was optimistic about the results.

“We continue to see healthy market dynamics,” he said.”We have good visibility in our portfolio and together with the diligent execution of our ‘smart growth’ strategy, we feel confident to deliver on our four-year guidance - 4% to 6% volume growth from 2015/16 to 2018/19, barring any major unforeseen events.

The forecast is positive news for global confectionery companies who have been hit hard by a growing trend towards healthier foods.