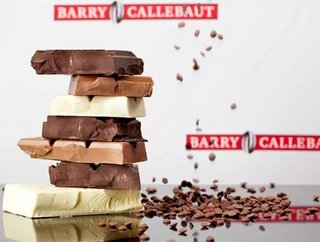 Barry Callebaut has acquired Inforum, a business-to-business manufacturer of chocolate, coating and fillings, as it looks to strengthen its presence in...

Barry Callebaut has acquired Inforum, a business-to-business manufacturer of chocolate, coating and fillings, as it looks to strengthen its presence in the fast-emerging Russian market.

The Swiss manufacturer said that its purchase of Inforum will 'strengthen Barry Callebaut’s presence and production capacity' in the country.

It will also help the firm increase its presence in Eastern Europe.

Inforum supplies many leading consumer brands in Russia and last year it had revenues of €77mn.

“Inforum’s heritage and local knowledge, combined with our innovation capabilities and international experience, will reinforce each other’s strengths.

“Together, we will be able to bring further excellence and innovation to the market and to serve Russian consumer chocolate manufacturers even better.”

According to data from Euromonitor, Russia is the second largest chocolate confectionery market in terms of volume.

Inforum director of strategic development Evgeny Bulytov added: “I am very proud of the great chocolate business we have built from scratch during the last three decades. Our agreement with Barry Callebaut will ensure the successful future of Inforum and our team as part of a large, international group.

“We really like the business principles and the team spirit on which Barry Callebaut is based.”