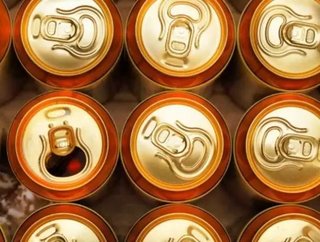 Foodservice distributing companies and supermarket chains aren’t the only businesses looking at major consolidation right now. This week Ball Corporation made a $6 billion bid to acquire its rival can production company Rexam PLC from across the pond.

Yesterday Colorado-based Ball Corporation responded to speculation about the deal with an official statement acknowledging that “its board of directors is in discussions concerning a possible acquisition of Rexam PLC” and that “the proposed transaction includes a combination of cash and equity.” Ball Corp was careful to note that nothing formal has been decided on yet, and that a further announcement will be posted if the companies reach that point.

While they’re in two different industries, there is a similarity between this merger proposal and the ongoing saga between Sysco and US Foods. Ball Corporation is the single largest beverage can packaging manufacturer in the world—and as the second-largest beverage can manufacturer with global clients including Coca-Cola, Irn-Bru, and Anheuser-Busch, Rexam PLC is no slouch either.  According to several reports, if the two businesses were to combine they would control “60 percent of global beverage can volumes, and close to 90 percent in Europe, North and South America.”

That’s a lot of power for one packaging company to have. So if Rexam PLC shareholders agree to the terms of Ball Corp’s proposal, it’s pretty much guaranteed that FTC regulations and asset sales will be involved before this deal gets the green light in earnest. But for now at least, it’s just talks.