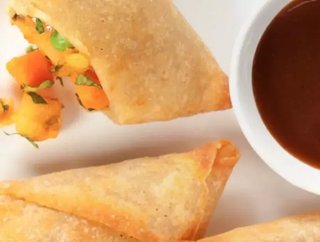 In 1999, Noorudin Jiwani and his wife, an actuarial consultant and a dietician, decied to quit their 9 to 5 jobs and go into business for themselves. Th...

In 1999, Noorudin Jiwani and his wife, an actuarial consultant and a dietician, decied to quit their 9 to 5 jobs and go into business for themselves. The couple gravitated toward the idea of manufacturing authentic foods, interested in seeing that sector grow and helping it along. From that mutual interest, Aliya’s Foods Limited was formed—after a year of examining options and exploring promising regions of Canada, the company put down roots in supportive business-friendly Alberta.

By its 15th anniversary, Aliya’s Foods has grown extensively from its initial 2,000-square foot facility in Edmonton’s suburb Sherwood Park. Today Aliya’s foods operates out of a fully automated, state-of-the-art 42,000-square foot facility, built in 2010 to support the growing demand for the company’s Chef Bombay brand of authentic Indian appetizers and entrees from butter chicken and channa masala to pakoras and its most famous samosas. As a supplier to every major supermarket chain in Canada, along with Trader Joe’s in the United States, Aliya’s Foods has grown swiftly over the better part of two decades—and the company is poised for further growth in the near future.

Progress in certification and technology

“We both believed if we were going to do anything, we had to make sure that we were fully certified and had HACCP certification,” said Jiwani. At Aliya’s Foods Ltd, third party certification is a crucial part of the brand’s identity and a major factor in its ability to grow beyond its Edmonton roots.

“If we were not CFIA approved, we could not sell our product outside of Alberta—our first reaction was that, since we would like to sell throughout Canada and the world, CFIA was our first criteria,” said Jiwani. But while the approval of the Canadian Food Inspection Agency is an important jumping off point, Jiwani explained that this is only the beginning in a long line of certification approvals… To learn more about quality standards, certification goals, and the future of Aliya’s Foods Ltd, click here to read the rest of this article in FDF World.