PepsiCo to acquire SodaStream for $3.2bn 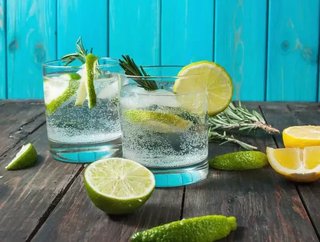 PepsiCo has agreed to acquire SodaStream International for $3.2bn, just weeks after the US beverage firm announced that its chief executive Indra Nooyi...

PepsiCo has agreed to acquire SodaStream International for $3.2bn, just weeks after the US beverage firm announced that its chief executive Indra Nooyi would step down later this year.

The acquisition of the carbonated water machine maker is PepsiCo's latest effort to add healthier snacks and beverages to its portfolio.

PepsiCo said it would pay $144 per share in cash for SodaStream after the Israeli firm reported what it said was its “most successful quarter” and its ninth consecutive quarter of double-digit revenue growth.

"Daniel and his leadership team have built an extraordinary company that is offering consumers the ability to make great-tasting beverages while reducing the amount of waste generated.

“That focus is well-aligned with Performance with Purpose, our philosophy of making more nutritious products while limiting our environmental footprint,” she added.

The SodaStream purchase aligns with PepsiCo’s strategy to focus on healthier and more environmentally friendly products.

In February, the American firm launched and new a sparkling water brand Bubly and last week, the company also launched a new operating entity, called The Hive, which aims to develop emerging brands.

SodaSteam will continue to be led by its current chief executive, Daniel Birnbaum.

Speaking of the deal, Daniel Birnbaum, SodaStream CEO and Director added: "Today marks an important milestone in the SodaStream journey.

“It is validation of our mission to bring healthy, convenient and environmentally friendly beverage solutions to consumers around the world.

“We are honored to be chosen as PepsiCo's beachhead for at home preparation to empower consumers around the world with additional choices.”