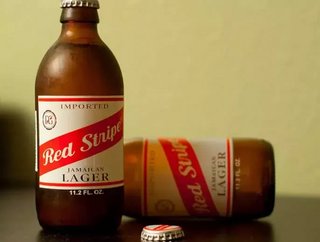 Heineken has invested US$16mn in a new state-of-the-art production line for its Red Stripe beer, to help position the Jamaican export as a global brand...

Heineken has invested US$16mn in a new state-of-the-art production line for its Red Stripe beer, to help position the Jamaican export as a global brand

The Dutch brewer acquired a controlling stake of Red Stripe beer in 2015 and returned production back to the brand's Jamaican homeland in 2016.

Since then, the company has embarked on an aggressive 10-year investment plan to build Red Stripe’s position as a prominent global brand.

The new equipment will allow Red Stripe to increase its export production to 26,000 cases per day, or 5 million cases annually, according to the company. It also allows the company to expand the brewery up to two times its current capacity.

Furthermore, the plant will also be powered by liquid natural gas, which will reduce the brewery’s fuel consumption.

“In addition to greater capacity, Red Stripe’s investment will significantly improve service to its export markets and delivers on the brand’s commitment to making a positive environmental impact.”

"Developing a plan that benefits Jamaica, its people and the environment over the long term was integral to the strategic planning process,” he added.

The investment comes as imported beer consumption has continued to rise, whilst overall growth in the beverage category plateued.

In 2016, imported beer captured 6.8% of the market, according to the Brewers Association.