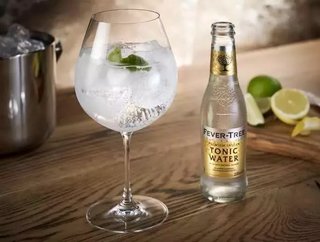 Premium mixer company Fever-Tree has become the top mixer brand in the UK after the company revealed its 12th profit upgrade since listing on the London...

Premium mixer company Fever-Tree has become the top mixer brand in the UK after the company revealed its 12th profit upgrade since listing on the London Stock Exchange in 2014.

The owner of the upmarket brand said it expects earnings for 2017 to be “comfortably ahead of market expectations” forecasting sales of around GBP£169mn in 2017, compared with GBP£102mnm in 2016.

The drinks company also added that, for the 13 weeks to the end of December, its market share in UK shops and off-licences reached 39% compared with 31% for Schweppes, according to market research firm IRI.

Co-founder and chief executive Tim Warrilow said that the company was particularly proud of the performance given that the boom in gin drinking has sparked more than 70 new tonic brands in the UK market.

However, the London-based company remains six to seven times the size of its nearest smaller UK competitor, partly thanks to its close relationships with restaurants and bars.

Meanwhile, sales in continental Europe are anticipated to rise around 42% and, in the US, it expects sales to be 39% higher than the previous year.

"While we have seen strong growth across all regions, our performance in the UK over the Christmas period was once again exceptional,” Warrilow added.

"Our growing range of mixers and formats are appealing not only to our loyal customers but also bringing consumers back to the category and importantly attracting a new younger audience.

“There is clear evidence that the same trends of premiumisation and mixability that we've previously highlighted are accelerating and we are increasingly excited by the global opportunity this presents particularly as we transition to our own operations in the US.”