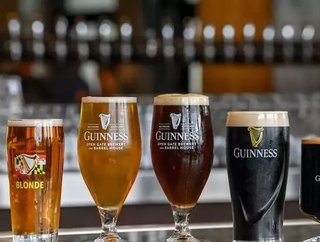 Diageo has opened a new $90mn Guinness brewery outside of Baltimore, Maryland, representing the first Guinness brewing operation on US soil in more than...

Diageo has opened a new $90mn Guinness brewery outside of Baltimore, Maryland, representing the first Guinness brewing operation on US soil in more than 60 years.

Called the Open Gate Brewery & Barrel House, the site will create Guinness Blonde and other new Guinness beers for the US market.

“This brewery has long been a dream for Guinness, and an incredible amount of hard work has gone into getting these doors open,” said Tom Day, Diageo Beer Company USA Chairman and Diageo Global Chief Sales Officer.

“I can’t wait to see people enjoying the fantastic beer our brewers have made in this historic and beautiful building. I’m proud that we have created something special and quintessentially Guinness here in Maryland.”

The firm's stouts will continue to be brewed at its site at St. James's Gate in Dublin, Ireland.

Today, Guinness is brewed in 49 countries worldwide and sold in over 150 countries.

The beer company predicts that the brewery will attract more than 300,000 visitors in its first year of operation.

Speaking at the opening ceremony, Maryland Governor Larry Hogan said: “Our administration is proud of Maryland’s robust and growing brewing industry and we are excited to welcome a legendary brewer like Guinness to our great state.

"In addition to more than 200 new jobs, this new facility’s full-time brewing and hospitality operations will bring a new source of tourism to Baltimore County and to Maryland.”