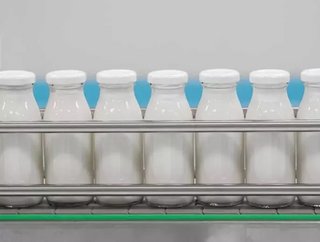 Dale Farm, the UK’s largest farmer-owned dairy co-operative, has confirmed that its interested in Irish dairy company LacPatrick. In a statement, Dal...

In a statement, Dale Farm’s Nick Whelan said: “As the largest farmer-owned dairy cooperative in Northern Ireland, and indeed the UK, Dale Farm has been made aware of the situation at LacPatrick and we have an interest in these developments.”

Formerly known as United Dairy Farmers, Dale Farms is co-owned by over 1,300 dairy farmers across the UK and is Northern Ireland’s biggest dairy co-op.

Earlier this week, the Board of LacPatrick announced that it is seeking a joint venture, partnership, or merger with another milk processor.

LacPatrick is an Irish dairy co-op with processing facilities in both Northern Ireland and the Republic of Ireland.

For a merger or joint venture to go ahead, 75% of the co-op’s members will have to approve the deal.

The potential sale comes during a period of consolidation in the Irish dairy sector.

In 2015, LacPatrick was formed following a merger between Ballyrashane Creamery and town of Monaghan Co-op.