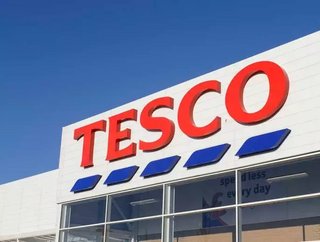 Shareholders have backed Tesco’s £3.7bn bid for cash-and-carry Booker, giving the pair the green light to merge and create the largest food group in...

Shareholders have backed Tesco’s £3.7bn bid for cash-and-carry Booker, giving the pair the green light to merge and create the largest food group in the UK.

Provisional figures revealed that 83.4% of Booker investors approved the deal, above the 75% threshold needed for the deal to go ahead.

Meanwhile, an overwhelming 85.22% of Tesco shareholders voted for the takeover, well above the 50% support it required from shareholders.

The nod of approval caps a momentous year for both Tesco and Booker.

Booker is the UK’s largest food wholesaler and so the merger benefits Tesco by making it a major supplier to 117,000 corner shops such as Premier and London, as well as restaurants, farm shops and delicatessens.

Meanwhile, Booker also benefits from the deal as it can access Tesco’s food innovations such as its gluten-free range of products.

Announced in November, the initial bid sent shockwaves through the sector, sparking a period of consolidation in the retail industry.

In the wake of the deal, the Co-operative Group bought Nisa in a £143mn deal.

"I'm delighted that the shareholders of both companies have supported the merger,” said Tesco CEO, Dave Lewis.

"This merger is about growth, bringing together our complementary retail and wholesale skills to create the UK's leading food business.

He added: "This opens up new opportunities to provide food wherever it is prepared or eaten - 'in home' or 'out of home' - and will benefit our customers, suppliers, colleagues and shareholders."

The tie-up was given the go-ahead by the Competition and Markets Authority in November, which said that it had no competition concerns.

Since the announcement, shares at both Tesco and Booker have increased.