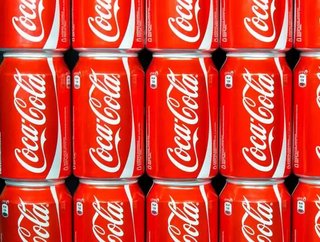 Drinks giant Coca-Cola is officially the world’s most chosen FMCG brand, with dental brand colgate in second and cleaning brand Dettol in third.

Kantar Worldpanel has just released its fifth annual Brand Footprint study, ranking the most chosen FMCG brands across the world and revealing a macro view on the global FMCG industry.

Emerging markets now account for 51 percent of global spending on fast-moving-consumer-goods, rising from 48 percent in just three years. Kantar Worldpanel's analysis also shows that, with developed markets barely growing, emerging countries were responsible for all of the FMCG value growth in 2016, adding $34 billion to the global industry throughout the year. The countries contributing most to this value growth include Russia (14 percent), Sri Lanka (nine percent), Indonesia (six percent) and the Philippines (six percent).

Coca-Cola remains the world's most chosen brand with a global penetration of 42 percent - in nine countries, penetration rises to over 80 percent of the population. Dove attracted the most new households in 2016-14 million more households chose the brand in the last year. The average branded decision at the shelf costs the consumer $1.92, making Coca-Cola is a huge beneficiary of consumers’ decisions.

Josep Montserrat, Global CEO, Kantar Worldpanel said: “Being chosen by more people, more often, is how a brand grows. Understanding where to find the most valuable opportunities - whether from an emerging region with a growing population, or innovating to meet untapped needs in a more developed market - is critical for all brands.

"Through Brand Footprint, the largest and most comprehensive study of FMCG brands in the world, we seek to quantify the value of consumer choice and to share some of the best examples of the strategies brands have deployed to grow."