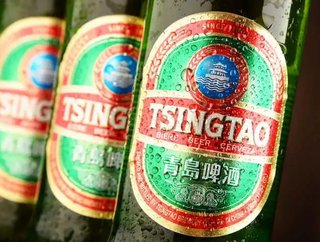 C&amp;C Group has announced an exclusive distribution partnership with Tsingtao Brewery, one of the highest selling Chinese beer brands in the UK. The...

C&C Group has announced an exclusive distribution partnership with Tsingtao Brewery, one of the highest selling Chinese beer brands in the UK.

The Dublin-based company, who owns brand such as Tennent’s lager and Magners cider, said that it aims to expand the Chinese beer's presence in the UK and Ireland.

"This distribution agreement is consistent with our strategy to build an international premium brand portfolio that complements our national and local heritage brands,” said Stephen Glancey, Group CEO at C&C Group.

“Tsingtao is a brand with a rich history and has become the UK's #1 Chinese beer. We are excited about this partnership, the opportunity to broaden Tsingtao's presence and to introduce this quality beer to discerning consumers across the UK and Ireland.”

Taking effect from 1st July 2018, the financial details of the distribution partnership were not disclosed.

Ning Ma, Tsingtao's General Manager, International added: “We are thrilled to leverage C&C's distribution strength, innovative marketing, and strong ties with millennial consumers, to usher in a new era of growth for Tsingtao in the UK and Ireland.”

Last month, C&C Group revealed that it had bought the wholesaler arm of Conviviality, Britain’s biggest beer and wine distributor.