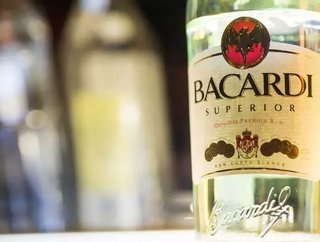 Bacardi Ltd. is tapping into the fast-growing tequila market by acquiring Patron Spirits International AG in a deal valuing the company at US$5.1bn. Be...

Bacardi Ltd. is tapping into the fast-growing tequila market by acquiring Patron Spirits International AG in a deal valuing the company at US$5.1bn.

Best known for its rum, Bacardi took a minority stake in the tequila firm a decade ago and the companies have worked closely since then.

The merger will give new CEO Mahesh Madhavan another prestigious brand to work with as he tries to expand Bacardi’s global footprint.

The new executive, who is set to take the reins at the firm from April 1, plans to boost sales by getting overseas customers to trade up from their usual local spirits.

"Adding Patron to the Bacardi portfolio creates a tremendous opportunity for the brand outside of the United States as Bacardi's international distribution network will help grow Patron around the world, increasing scale in the U.S. and globally," said Mahesh Madhavan, CEO of Bacardi Limited.

The deal will make Bacardi the number one spirits player in the super-premium market segment in the US and the second largest spirits company in market share by value in the US, the company said.

Tequilla has been a very fast-growing spirit in the market as of late. Since 2002, tequila volumes have grown about 6% each year on average according to the Distilled Spirits Council.

The purchase is expected to close in the first half of this year and Patron’s leadership will remain in place afterwards.