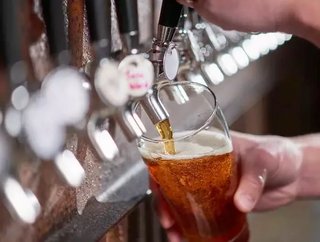 Through the deal, Fourpure will become 100% owned by Lion, a subsidiary of Japanese drinks firm Kirin Holdings.

Lion is currently present in the UK and European markets, selling a range of Australian and New Zealand craft beers as well as fine wines from the US and New Zealand.

Through the purchase, it plans to use Fourpure’s sales and distribution channels to expand its reach in global markets.

It will also help to invest and grow the Fourpure brand further.

Brothers Dan and tom Lowe founded the Fourpure business in 2013.

They said that Lion’s “technical skills and experience” as well as its stewardship of Australian brewery Little Creatures encouraged them to sell the firm.

“While in four short years Fourpure has grown to become one of London’s leading independent modern craft brewers, we knew we couldn’t take the next adventure alone,” said Fourpure Co-founder and CEO Daniel Lowe.

“It was clear from the very first meeting that the Lion team understand the needs of a craft brewery and share our aspirations for quality and sustainability,” he added. “Lion’s past investments in craft breweries in Australia and New Zealand, including Little Creatures, have always respected the beer and the people.”

Earlier this year, the London craft brewer hired 20 additional staff members and invested £2.5mn to implement high-tech equipment in a bid to increase its output by up to 14mn pints a year.

Lion Global Markets Managing Director Matt Tapper added: “Lion has a long and proud history in craft beer in Australia and New Zealand and we’re thrilled to have the opportunity to back Dan, Tom and the team to take Fourpure into its next chapter.

“The guys have done a superb job in getting the business to where it is now and we love how innovative they’ve been in both beer styles and the way they have positioned the brand.

“We’re making real progress in making our craft beers like Little Creatures available in the UK and Europe and we see some great opportunities to work together to get these and Fourpure’s brews in the hands of more beer lovers.”