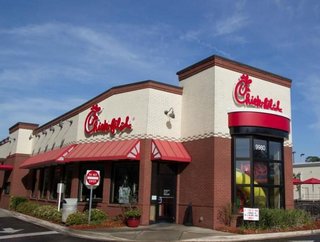 No matter what you’re selling, customer satisfaction is paramount. Satisfied customers are customers who are going to keep coming back, and who...

No matter what you’re selling, customer satisfaction is paramount. Satisfied customers are customers who are going to keep coming back, and who are going to recommend you to their friends and family—and consistently strong word of mouth publicity is ultimately more powerful than even the biggest marketing budget. You can’t please everyone all the time, but if you can at the least please most of your customers most of the time, you’re in a good spot.

RELATED CONTENT: Top 10 southern chains the rest of the US needs now

These 10 national fast food chains are in various phases of achieving that goal, as the highest rated fast food restaurants in the American Customer Satisfaction Index (ACSI)’s Restaurant Report 2015. This is the first year that Chick-fil-A, Chipotle Mexican Grill, and Panera Bread were rated within the index—and interestingly enough both came out on top. As ACSI points out, fast casual is gaining an increasingly important place in the lives of today’s consumers.

“The fast casual segment of quick service restaurants is nicely situated for the confluence of changing consumer tastes and a rebounding economy,” says ACSI Director David VanAmburg in a press release announcing the results. “Consumers have a bit more money in their pockets, but are still pressed for time. Fast casual outlets offer higher-quality ingredients, freshness and fast service – all at a reasonable price.”

Here are the top 10 in ACSI’s 2015 fast food rankings, along with their customer satisfaction scores for the year:

Interestingly enough, the #3 spot on the list was actually occupied by “All Others”—meaning, in other words, the remainder of the market share occupied by smaller QSR and LSR chains outside of the 17 measured in this particular study. So when it comes to most other major fast food chains, it’s safe to assume that they’re doing all right.

Of course, the other biggest question is: who came in last? For those who have been following the fast food chain’s troubling profit issues for the last few years, it should come as no surprise that the answer is McDonald’s. But with its new CEO in charge and new strategies in the works, perhaps the chain can look forward to a higher spot on the list next year.