Why Tesco is Expanding its Ban on Checkout Candy 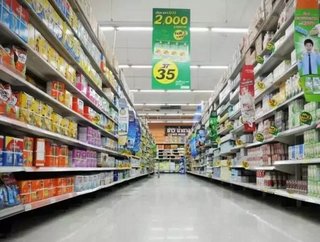 Twenty years ago, Tesco removed candy and sweets from the checkout tills at its larger stores. Now its going all the way &ndash; this month Tesco announ...

Twenty years ago, Tesco removed candy and sweets from the checkout tills at its larger stores. Now it’s going all the way – this month Tesco announced that it will be removing confectionery items from tills its smaller Tesco Metro and Tesco Express outlets as well, effectively ending the tradition throughout Tesco altogether. Conventional knowledge has long held that putting small, covetable items like sweets and gum at checkout equates to extra profits by way of impulse buys. But Tesco is saying otherwise: after extensive market research into the issue, the brand has concluded that they’re better off leaving sweets in the confectionery and snacks aisle where they belong.

According to Tesco’s findings, that extra cash from impulse buys is fine – but as the BBC reports, it’s nothing compared to the confidence and trust Tesco is building among consumers who feel like the brand is looking out for their best interests instead of tempting them and their children into fatty and frivolous purchases on the way out:

"This initiative will help people to make healthier choices, which all contributes to reducing the long-term cost to our nation of obesity and ill-health," [Public Health Minister Jane Ellison] said.

She said: "Popping into a shop with a small child in tow can sometimes feel like navigating an assault course.

"If you've made it to the checkout in one piece it can be really frustrating to then be faced with an unhealthy array of sweets designed to tempt your child."

As it turns out, that confidence and trust is what ultimately leads to an increase in repeat business. That alone makes it all worth the effort.

Tesco isn’t alone in this endeavor, either: according to the BBC, Aldi and Marks & Spencer are two other retailers who have banned candies and sweets (especially with colorful labels that appeal to children) from anywhere around the till. With this sweeping policy change on Tesco’s part, it seems very likely that the trend will only continue to grow from here.