Why is Starbucks raising its prices yet again? 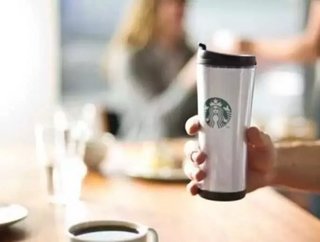 Starbucks Corporation has rolled out a lot of new and exciting surprises over the past year, from coconut milk as a soymilk alternative to a parade of l...

Starbucks Corporation has rolled out a lot of new and exciting surprises over the past year, from coconut milk as a soymilk alternative to a parade of limited time Frappuccino flavors to celebrate the frothy drink’s 20th anniversary. But this latest rollout isn’t likely to be as well received by consumers: this week Starbucks will be increasing its prices by an average of five to 20 cents at most locations throughout the United States.

Why is Starbucks raising its prices? The most obvious answer would be struggling sales, but this is certainly not the case: Starbucks most recent quarterly earnings report revealed record-breaking revenue for Q2, with a 7 percent rise in comp store sales and a 3 percent rise in overall global traffic. Another potential answer could be a rise in coffee commodity costs, but this has also proven not to be the case—according to Mashable, competitors in the retail market like J.M. Smucker Co. are actually slashing the prices of coffee due to predicted declines in future prices of unroasted coffee beans.

But coffee is about more than beans, especially when it’s coffee from fast casual brands like Starbucks that work hard to maintain their well-crafted image. As Mashable reports, this appears to be the main reasoning behind the rise in Starbucks prices this year:

In an emailed statement Monday, Starbucks Corp. said coffee costs are only part of its expenses, which also include rent, labor, marketing and equipment. The statement said the company continually evaluates pricing to "balance the need to run our business profitably while continuing to provide value to our loyal customers and to attract new customers."

One point that should make Starbucks fans happy: the price hike so far only applies to coffee. Baked goods and other snacks have thus far gone untouched.