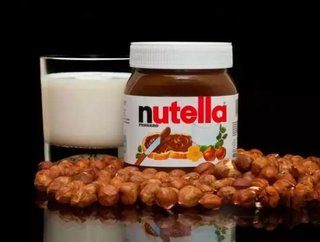 As companies continue to make fools of themselves by interacting with potential customers on social media, the popular hazelnut spread Nutella has creat...

As companies continue to make fools of themselves by interacting with potential customers on social media, the popular hazelnut spread Nutella has created a personalized branding marketing strategy that hasn’t worked out the way it intended.

Nutella’s “Make Me Yours” campaign has been mocked by several social media users, as it set up a website for consumers to order their own personalized label of the product with an associated hashtag #mynutella.

As our sister site Business Review Australia reported, Nutella’s strategy began overseas earlier this year before hitting Australia last week. Customers were asked to submit their idea for a label, upload a receipt and receive their own customized jar of Nutella.

Although the response was positive early on most people on social media platforms look for laughs anytime they’re given the opportunity. Some of the recent Nutella memes include the label with the words “diabetes” “allergen” and “oops.”

It’s no surprise in the opinion of one public relations expert. InsideOut public relations director Nicole Reaney said she could see this coming, as the company never properly targeted its pitch and ventured away from its traditional audience.

RELATED TOPIC: Is mascot nostalgia the next big marketing trend?

“When you hand the reins over to the public, you expose yourself to potential backlash,” said Reaney. “Sometimes that is a good thing. In this case however I’d say it’s a PR fail.

“Nutella is a brand that is marketed to families. In this particular campaign, it’s not families being engaged. It’s probably people in their teens and 20s having a bit of fun.”

Ferrero Australia expressed its disappointment in the public’s reaction.

“Although some people have chosen to use the campaign as an opportunity to create and post less than appropriate images online, most consumers have embraced it in the manner it was intended,” said Ferrero.

Nutella won’t reward those who have submitted social media pranks, as one of the conditions of the campaign was that all personalized labels are “subject to approval by the promoter.” It goes on to say submissions can’t be offensive, inappropriate, obscene or defamatory.

In the future, Reaney believes SME marketers need to be careful when using personalized branding, even though it seems like a good idea on the surface.

“The key lessons are to align your campaign to your target market and test it with a few people in that market to see if there is any chance of it backfiring,” said Reaney. “The other is always anticipate and pre-empt any negatives that can go wrong with a campaign and what steps you would have in place to resolve it.”

The morale of the story is it’s not always the best idea to go to the internet for feedback.