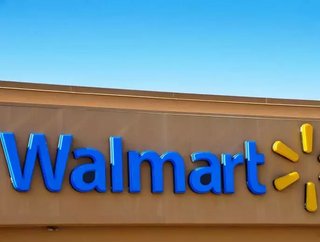 Walmart has announced that it is to roll out its ‘pickup towers’ for online orders to 500 stores. The 16-feet tall towers rapidly retrieve online o...

Walmart has announced that it is to roll out its ‘pickup towers’ for online orders to 500 stores.

The 16-feet tall towers rapidly retrieve online orders for customers who shipped their purchases to a Walmart store.

The towers were first installed in a store near its Arkansas headquarters late last year and Walmart has since put them in 20 more stores nationwide.

Now, Walmart has announced that it is to add the online pickup towers to more than 500 stores.

Shoppers who place an in-store pickup order will receive a number or a barcode for their order.

Upon arriving the store, customers will enter the order number or scan a barcode on their phones and the kiosk will retrieve the package in a few seconds.

The pickup towers can hold small- to medium-sized boxes and it currently doesn’t refrigeration capabilities or items like groceries.

Walmart is testing a much larger machine with internal refrigerators and freezers for grocery items.

Mark Ibbotson, executive vice president of central operations for Walmart US, described the Pickup Tower kiosk as “much like a high-tech vending machine” for online orders, allowing pick up of items in less than a minute by scanning a barcode sent to a user’s smartphone.

“The pilot phase has been so successful we’re expanding it to other locations across the country,” he added. “We’re also testing other pickup options and locations that quickly get items to you in ways that are most convenient.”

The initiative reflects the company’s desire to blur the lines between in-store and online shopping.