Thirsty? You're Going to Have to Ask for That Glass of Water at Your Next Meal 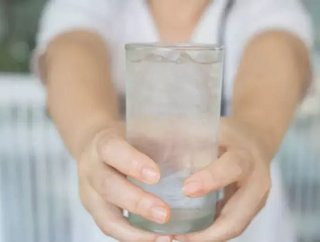 You probably know that California is facing down a serious drought situation, but you might not have known exactly how serious the issue is. The past we...

You probably know that California is facing down a serious drought situation, but you might not have known exactly how serious the issue is. The past weekend saw record high temperatures throughout Southern California, along with some sobering data: the state is exiting its traditional rainy season with hardly any rainfall to show for it, putting California in its fourth year of drought with a drastically dwindling water supply in its reservoirs.

In response to this news, California’s State Water Resources Control Board voted unanimously on Tuesday to expand water restrictions and regulations—and one of the most significant changes involves restaurants. According to the new regulations, servers at restaurants and bars are now prohibited from bringing customers water automatically—water must now be served if and only if consumers specifically ask for it.

It’s not a new rule in some jurisdictions, and some restaurants have already taken up this practice ahead of the game out of concern for the state’s growing water problem. But now the rule is being implemented statewide. It’s up to local water departments to ensure that the rule is enforced, but the penalty for noncompliance is stiff: fines can reach up to $500 for violations.

Is it expected to save a massive amount of water? Not necessarily, since a lot of consumers are probably going to go ahead and ask for water anyway. But it may give some pause to consider whether they really need it—perhaps they might forgo the water if they’re ordering another beverage, or choose to stick with water and forgo the soft drink instead. It might also put an end to bottomless refills that result in customers leaving full glasses of water behind at the table when they finish their meals. Overall, reports indicate that the rule is meant more for heightened conservation awareness than significant water savings.

One possible concern for restaurants is that it could ruffle the feathers of some consumers, who might not be aware of the issues at hand and could perceive a lack of automatic water and refills as neglectful service worthy of a reduced tip. But that’s a good reminder that this is about more than just not bringing water—it’s about engaging and letting consumers know why that water is available only on request, to ensure that water conservation stays on the forefront of everyone’s minds throughout the day. It might only be a few proverbial drops in the bucket compared to other water-saving measures, but every drop helps.