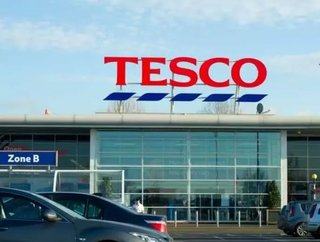 Big changes are in store for Tesco Plc. The UK-based retail giant announced today that it is replacing Chief Executive Officer Philip Clarke, tapping Unilever personal-care unit head Dave Lewis to step into the role as Tesco’s new CEO starting on October 1. This marks the first time in Tesco history that the chain has selected a new CEO from outside the company, signaling a shift in policies ahead.

This news of change comes on the heels of a disappointing first half of the fiscal year for the Tesco brand, putting a cap on a general downturn that has troubled Tesco for several quarters now. As Bloomberg reports, Tesco’s domestic market share in the UK has dropped to 28.9 percent from 30.2 percent when Clarke first took the reins at Tesco in 2011. Over the last year Tesco has pulled out of the United States and Japan completely, and in June talks with third party partners over Tesco expansion plans in Turkey stalled without resolution.

With these problems looming, and with consumers turning to more specialized discount options like Aldi or upscale options like Waitrose, Tesco’s board of directors faced a hard decision. But while Bloomberg reports that 40-year Tesco veteran Clarke asked the board for more time to turn losses around into profits, the company has ultimately decided to clean house after the April departure of CFO Laurie McIlwee and start fresh with new management.

“There are huge calls ahead of us to make, in order to build on what’s been achieved,” Tesco Chairman Richard Broadbent told the media during a conference call. “This was the moment for Philip to hand over to somebody who can bring a perspective and a mandate to make the big calls we have to make.” Tesco’s board of directors chose Dave Lewis to bring in that perspective, one that he has honed during a 28-year tenure with consumer goods business Unilever. Tesco is hoping that, what he lacks in retail experience, he will make up for in understanding consumers and leading business growth.

Clarke will reportedly remain in his current Chief Executive Officer role until Lewis takes over the position in October. At that point, Clarke will take on a supporting role while Lewis settles in. As a severance package, Tesco has provided Clarke with a year’s salary. According to the BBC, Clarke expressed “enormous relief” at ending his tenure as CEO, and has “nothing to regret, only positive thoughts” moving forward.