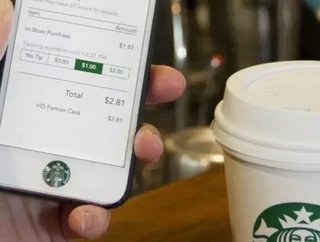 Its a good time to be Starbucks: its Q3 fiscal year 2015 financial results were released to the public last week, for a time period ending on June 28, a...

It’s a good time to be Starbucks: its Q3 fiscal year 2015 financial results were released to the public last week, for a time period ending on June 28, and those results are impressive. With reported quarterly revenue of $4.9 billion, an 18 percent increase in net revenue over Q3 FY2014, it’s a record high for the Seattle-based global coffee chain.

“Starbucks Q3 fiscal 2015 stands as among the strongest and most remarkable quarters in our over 23 years as a public company,” said Starbucks Chairman and CEO Howard Schultz in a press release to investors. “The 4 percent increase in global transactions we reported equates to our having served an additional 23 million customer occasions in Q3 of this year over last year, clearly evidencing a continuation of the strong momentum we have seen across our business and around the world this fiscal year.”

Schultz attributes this strong quarter to an array of investments that the business has made in its own growth—from opening 431 new stores within the quarter and improving existing locations to enhancing customer service through the deployment of new technology like the expansion of its mobile order and pay feature, first throughout the Pacific Northwest and then to more than 4,000 company-operated stores. As Starbucks proceeds with plans to take mobile order and pay fully nationwide by the holiday season, sales could boom even further. According to Starbucks CFO Scott Maw, striking a balance between the investments that Starbucks makes in itself is key to sustaining and promoting this kind of record growth.

“Starbucks very strong year over year financial performance in Q3 demonstrates our commitment to delivering best in class financial and operating results while at the same time investing in our future growth,” he added to the Starbucks press release. “We believe that by getting this balance right, we will be able to continue delivering exceptional growth, profitability and increased returns to our shareholders.”