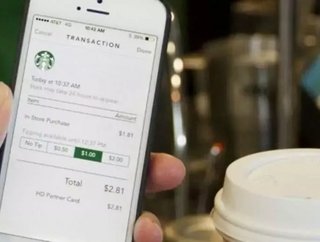 The future is now: consumers are going to have the ability to significantly shorten frustrating Starbucks lines through the power of pre-ordering and pr...

The future is now: consumers are going to have the ability to significantly shorten frustrating Starbucks lines through the power of pre-ordering and prepayment. Now, instead of attempting to mill about inconspicuously by the sugar counter for several minutes while lattes and cappuccinos (and Frappuccinos) are prepared, a consumer’s order can be fully put together, waiting and ready to go, before that consumer even walks through the door.

Starbucks announced several innovations and happenings at its Starbucks Leadership Experience conference in Seattle this week, taking the business into the holiday season and beyond. The company is expanding its ecommerce offerings and launching a Starbucks for Life contest where loyal Starbucks Rewards members can swipe their cards for a chance at just that. But perhaps the launch with the biggest long-lasting impact is the new Mobile Order and Pay function through its Starbucks mobile app, set to launch first in Portland before rolling out nationwide throughout 2015.

“Mobile ordering will deliver convenience, frequency and speed of service and over time, become the fastest and easiest way for customers to order, pay and pick up their purchases,” reads the company’s press statement. “Starbucks is planning the launch of Mobile Order and Pay in 2015 across the United States, thus extending Starbucks leadership in the mobile commerce arena and continuing the company’s efforts to bring the most innovative customer programs first to market.”

On the one hand, critics may argue that there’s a loss of human contact and interaction that comes from punching directions into your phone instead of ordering from a real barista. But on the other hand, when consumers are racing out the door on their way to work and would kill for a grande soy salted caramel macchiato with an extra shot of espresso if they only had the time, there’s a lot to be said for the value of convenience.

There is also the bonus that, unlike the predicament with self check-out registers at grocery stores, Starbucks baristas are still well needed to prepare the drinks – meaning that the possibility of employees losing their jobs to a mobile app doesn’t look like a possibility just yet. Barring technical issues like lost or mistyped orders, this could be a recipe for a perceived boost in customer service quality that could end up benefiting Starbucks even further.

But what was that about Chestnut Praline Lattes? That’s right, Starbucks also announced its first new Holiday season flavor debut in five years: the Chestnut Praline Latte. Is that more exciting than mobile preordering and prepayment? You be the judge. One thing’s certain, they both promise some good business ahead for Starbucks.